As the calendar turns to November, the haves and have nots in college football start to separate a bit more. It also starts to get really, really cold. I’m excited for games played on Planet Hoth this month. With that said, time for the power rankings!

No Chase Young this week? No problem. OSU was rightfully ranked as the top team in the initial College Football Playoff rankings this week. Maryland will be a nice scrimmage. Also, I have seen a lot of chatter on the interwebs about fans/media being upset about noon kickoffs. Well, back in my day I remember them being at 11 Eastern, so #getoffmylawn

Was I surprised to see PSU ahead of Clemson in the first edition of the CFP rankings? Slightly, but the resume with wins at Iowa and at home against Michigan is clearly better than *checks notes* Clemson’s wins over Texas A&M and Lousiville.

The Badgers have lost two in a row after decimating a cupcake schedule early in the season. RB Jonathan Taylor in those two losses: 28 carries for 132 yards and a touchdown against the Illini, and 20 carries for 52 yards against the Buckeyes. Saturday will be an opportunity to gain an edge in the BIG West fight for second.

It’s odd that Michigan has a bye this week, because a true Michigan man never takes a week off.

Does the loss of RS Freshman QB Michael Penix Jr. sting? Yes and no. While Penix is undeniably a great playmaker, RS Junior Peyton Ramsey seems to get more and more comfortable each and every week under center. And Memorial Stadium *should* be rocking next week when the Hoosiers host PSU.

P.J. Fleck not downplaying signficance of Penn State matchup: ‘It’s one of the biggest games TCF Bank Stadium has ever seen’ https://t.co/5eHX1Jsm2E

I mean, he technically has a point? The stadium, which opened in 2009, hasn’t had a sellout since 2015 when PSU visited.  According to always-correct Wikipedia, this is the first matchup between two ranked teams at the stadium since Nov. 23, 2013, when the no. 23 Gophers lost to No. 17 Wisconsin 20-7. But also, congrats on that contract extension! I’m sure that buyout won’t be an anchor at all (sorry sorry trying to delete).

The Illini have won 3 straight. Lovie Smith is still rocking the beard. This team could maybe win out with games against MSU, at Iowa and home against Northwestern. Party like its 2007.

Sparty comes into their their matchup against Illinois losers of three straight. If it weren’t to OSU, Wisconsin and PSU, I’d say Dantonio would be on the hot seat. MSU will get to a bowl game, but scoring only 17 points in three of the 4 biggest games on the schedule definitely highlights their offensive struggles this year.

At what point do we start referring to the Boilers as being so injury-plagued that it becomes a common phrase i.e. “they had a great season going until it got Purdued?” Since Clemsoning (R.I.P.) is no longer, Purdued should become a part of college football lexicon to go with other popular phrases like surrender cobra and rutger.

If Maryland played Clemson’s schedule, they would be a 4-5 football team. But they don’t, and they instead get to lose 52-10 to Ohio State on Saturday. Conference realignment has consequences.

Nebraska football is as hot as the Midwest weather right now. I wonder if Scott Frost will still be wearing sweatshirts on the sidelines or will opt for a puffy coat to stay warm? Because his players better not be wearing long sleeves.

I did not go to Medill.

Fun Fact: Did you know that Rutger(s) played in the first ever college football game? 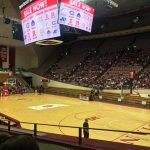