Rivalry game comes at a critical point for IU, Purdue


The renewal of the IU-Purdue rivalry on Saturday at Assembly Hall will set the tone on what identity the Hoosiers and Boilers will take on for the rest of the season.

For Purdue, they come in on the upswing after a 104-68 dismantling of no. 17 Iowa at Mackey Arena on Wednesday night. The Boilers escaped lowly Northwestern last weekend, but sit at 6-6 in the Big Ten play, definitely in the thick of earning an NCAA Tournament berth with any consistency moving forward.

Meanwhile, the Hoosiers are slumping. IU blew a late six-point lead against Maryland at Assembly Hall in the first of three straight losses. The offense was abysmal at Penn State a few nights later, and despite a rare game with success shooting from three at Ohio State, the Buckeyes overpowered Indiana on the glass, grabbing 11 offensive rebounds and outrebounding IU 31-24 overall.

On paper, the matchup favors the Hoosiers simply because they are playing at home. Indiana is 12-2 on the season at Assembly Hall, playing like a much different team than the one that has struggled offensively on the road. Purdue has looked untouchable at Mackey Arena at times this season, routing Virginia, Michigan State and now Iowa. But the Boilers are just 2-6 on the road.

For IU, it all starts with freshman Trayce Jackson-Davis in the post. If he is able to get touches and score in double figures, the Hoosiers should be in business. But if Purdue’s Trevion Williams can assert himself inside, it could be a long day for Indiana. Williams has performed much better on the road, scoring 14.4 per game as opposed to 11.2 on the season. Meanwhile, Matt Haarms has struggled on the road, scoring just under 5 a game compared to his nearly 10 points-per-game season average.

In a matchup that will include both Gene Keady and possibly Bob Knight in attendance, a win for either program will keep them in the hunt for an NCAA Tournament berth.

With a full week off for Indiana to prepare for Purdue, there is no excuse for the Hoosiers to not be ready. 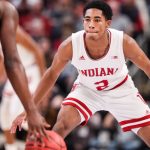 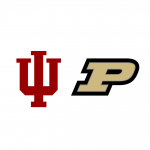