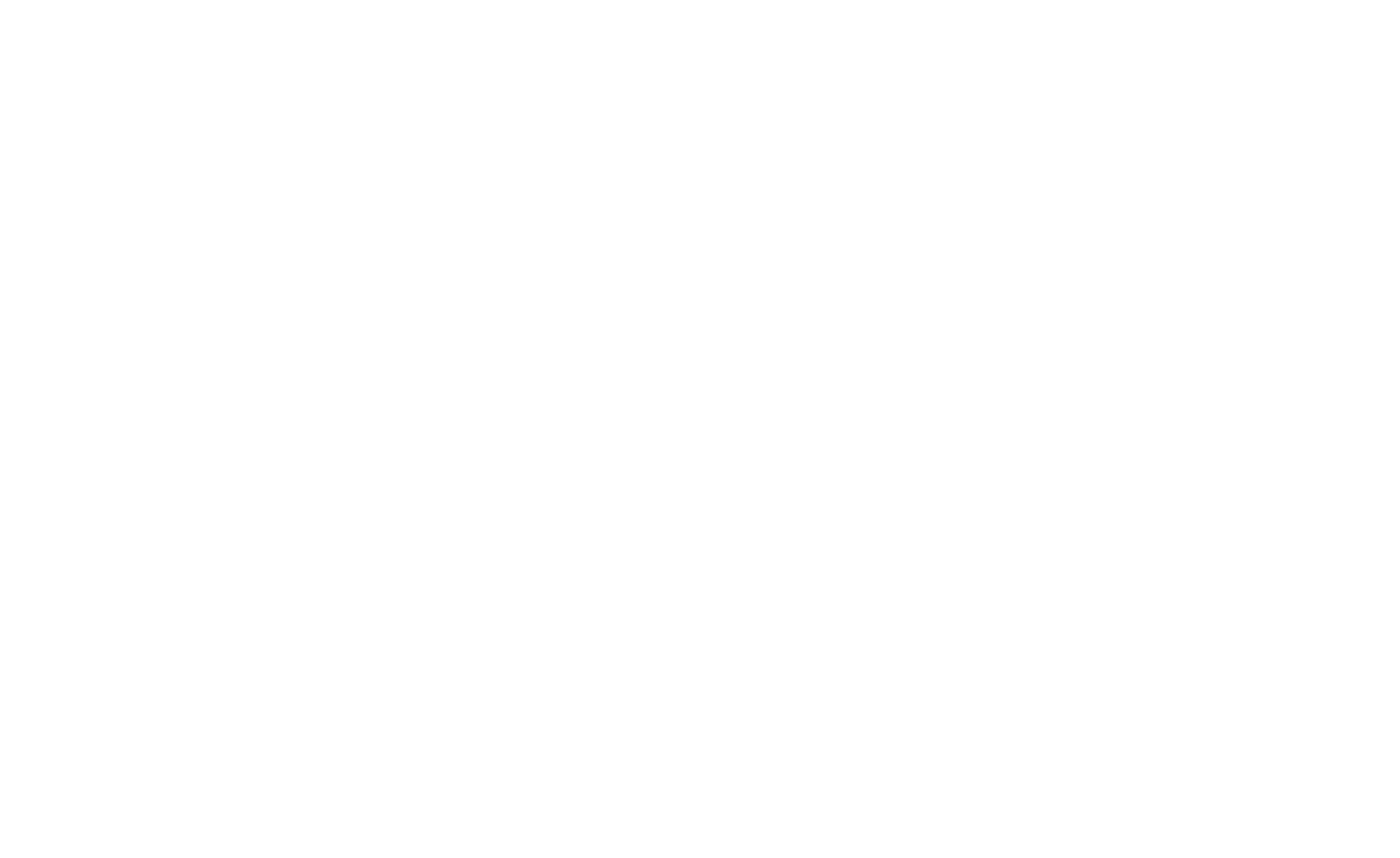 High School boys basketball season is underway! Meanwhile, the girls are already five games into the season. Here at ESPN Fort Wayne, we dedicate several hours to high school sports coverage every year. That won’t chance for this upcoming basketball season. There’s all kinds of previews and predictions out there for this upcoming season. Instead of giving some predictions and previews, I figured it would be intriguing to talk with all of the coaches of our area schools, and get their expectations for their teams this season and let them talk about some of their key players. We will work to talk with other area conferences as well, but let’s start with the Summit Athletic Conference. 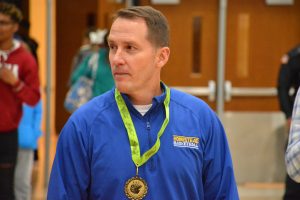 Expectations: The pieces are there. Now, it’s a matter of making sure everyone stays healthy and everyone buys in to the importance of doing what’s best for the team. It’s a long season. The expectations are high. We feel like the pieces are there for us to compete for the SAC Championship and make a run in the post-season.

Key Players: Well when you have Luke Goode offered by the number one team in the nation (Louisville) and a junior All-Star in Zak Krueger and a strong physical kid like Alex Grinsfelder. That’s three starts returning from a team that went 21-3 last season. Senior guard Jake Archbold is back with his defensive toughness. We have junior forward Grant Simmons, who was one of the leading scorers from the JV team. He can shoot the lights out. And we have junior Preston Barker, who went to Snider and is back with the team. 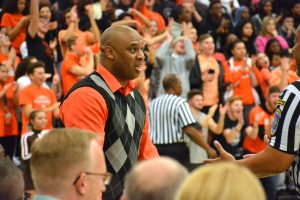 Expectations: We have a young team with a lot of players from last year.  Should be strong by midway point of season with return of senior guard Qualen Pettus.

Key Players: TeNoah Ridley Sri (guard) has great on-ball pressure and is very athletic. Pettus (Senior) is one of the best in Indiana North. He is a guard that is strong on both sides of ball. Khamani Smith (junior) is a long explosive scorer from all three ranges, one of best ’21 in Indiana North. 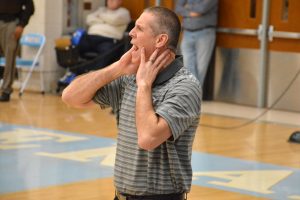 Expectations: We have a lot of inexperience. We’re hoping to be competitive.  We play a lot of really good teams in conference and out if conference, therefore we must grow as a team quickly or we will get thumped.
Key Players: Richie Gross and Ray Vollmer have the most experience of our players.  We need them to lead our younger players and show them how to complete at the varsity level.  Both are really good defender and both must look to create more for themselves and others. 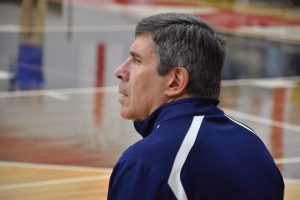 Expectations: We lost a lot from last season with graduating seven seniors. We lost 75 % of our scoring and rebounding along with most of our height. We have been stressing defense in the preseason. We have to be an outstanding defensive team in order to compete this year. There are many excellent offensive teams in the area this year and defense has to be a priority for us. Offensively, we need to push the ball when it’s there, and if it isn’t, we need to get great shots in our possessions.

Key Players:  Brenden Lytle is our only returning starter back. He  has been a 2 year starter for us and is one of the best competitors I have had. He averaged 9ppg/ 4 reb/ 4asst./ 3 steals per game. He needs to step up his scoring for us this year. Braden Groves 6’3″ senior and Hunter Burns 5’11 senior came off the bench last year and gave us good minutes. Braden is a stretch 4 type player who can shoot and also post up.
A couple other seniors to look for are: Tobe Eke 6’1 forward, probably our best athlete. Ben Schreck 6’1″ guard/ wing and Jason Kochanski 5’8″ guard will be important pieces for us. Kochanski is a “glue guy” who does all the little things and Ben is very versatile, he is a good defender who also has to pick up some scoring slack. Xavier Nolan 6″1″ combo guard who can play 3 positions. Xavier Allen 6’0″ guard and Colin O’Shaughnessy 5″11 guard will also help. We have 3 sophomores who need to step up for us as well: Owen Shively 6″3″ forward, C.J. Pieper 6’1″ wing, and Joe Kelly 6’4″ forward all are going to have make that leap. 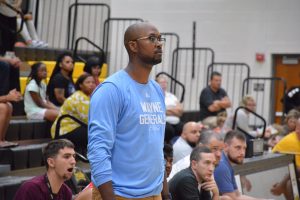 Expectations: We have a group of young men that don’t have egos and they all have a chip of their shoulders.  I don’t really believe in expectations, but I do think we will shock some people with our style of play.
Key Players: Michael Redding (Sr) brings us toughness and leadership. You cannot leave this young man open. Quincy Miles (Sr) is our leader by example. Quincy isn’t a household name yet but after this season people will be asking “where did he come from” very skilled player. Isaac Folwkes (Jr) first year varsity player but no one will notice. “Ike” will give us buckets when we need them.”

Expectations: Our expectations are always high—we just want to be the best team that we can be. With this group, we think that can be pretty special. Our motto this year is “Leave your Legacy” as it can be a group that not only wins championships but puts the first real footprint on a program that just continues to soar to new heights. At the same time, we’ll remain process-focused and try to remain healthy, humble, and hungry throughout the season.
Key Players: Most people know about Dillon Duff and Michael Eley, 2 exceptional players and 3 year starters. We also have Isaac Farsnworth and Jayshawn Underwood as 2 3 year starters. Both are incredibly hard workers and great young men. Elijah Wimby is back from being out all last year with a shoulder injury, and Jon Barnes had significant minutes last year and is looking really solid so far. 2 soph round out the consistent rotation in Karson Jenkins and Aidan Lambert. Both have a lot of potential and are expected to contribute this year. Alonzo Derrick will also play some, and he is a high energy, super quick guard like Jayshawn who will be relentless on other teams primary ball handler. Currently, Airyan Thomas and Jordan Moore are injured with no set timetable for their return. 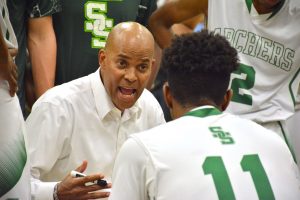 Expectations: This year we have a bunch of guys adjusting to new roles and new expectations. In addition to guys having to make adjustments from last years losses. We have had to deal with early season injuries that have kept out Ashton Johnson who was scheduled in to be a starter and Duan Parker a starter that suffered an injury after the first game.
Key Players: We are definitely a work in progress with Kam Mitchell an efficient scorer, Austin Jordan a three year starter capable of scoring and distributing the basketball, Tre Jones is a high energy guy that can score inside and out and Jalen Latimore is full of potential still finding his bearings after a year off last year.
We are looking to improve with each game that we play… consistency will be the main goal that we will be striving for. 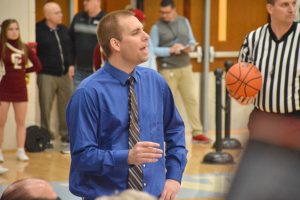 Concordia (coach Phil Brackmann 2nd year)
Expectations: Excited about the year. We have guys that really get after it. We have 7 seniors, so even though we lost a lot productivity from last year, we feel like we can surprise some people this year.
Key Players: Brayden Pearson is an all-around great player. He can guard, score inside and outside.
Jeren Kindig and Jaden Parnin are two solid guards that can shoot and create opportunities for others. Very smart players. Luke Neuhaus and Evan Minger are hard-working and gritty players. They are great glue guys and will step up and fill any need we have any night. 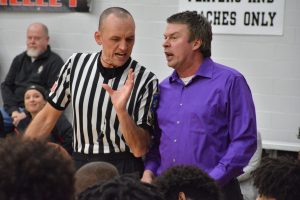 Expectations: We are really young, but could be dangerous by the middle of the year. We have a lot to learn but we have some potential.

Key Players: Isiah Moore is very good at taking the ball to the basket and he can score. Rodney Woods is a very good player on both ends of the floor. Brashawn Basset and Jordan Green are two freshmen who have a lot to learn, but will be very good players. 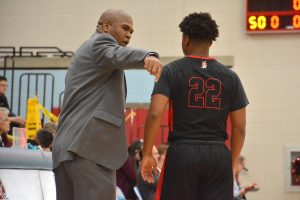 Expectations: We are excited about the opportunities ahead of us. We’d like to compete for the SAC title, win our new sectional, and re-establish winning ways at Bishop Luers.

Key Players: Naylon Thompson (junior) is a diverse player that can score from in the paint or the perimeter. He can also see the floor well and a solid defender. Landon Moore (senior) can create scoring opportunities for himself as well as his teammates. Jalen Causey (senior) is a pretty good defender on the ball. Offensively he can get to the paint and score as well as shoot the ball well from 3 point range. Nick Thompson (freshman) is the younger brother of Naylon. He can shoot the ball well and makes solid decisions on the floor that allows for us to be a good team. 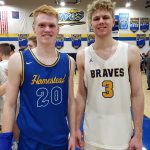