“Hockey Night in Fort Wayne” might not arrive on time this year.

League owners will be holding a virtual meeting next Tuesday to figure out how to move forward; current social distancing guidelines of six feet would limit fan attendance at the Coliseum to just 1,400, which both Brown and Franke say would just make it too expensive to operate the arena to be worth it.

“I would pretty much be able to tell you that if 6 feet was still intact, I don’t think anyone would be able to be financially viable,” Franke told the Journal Gazette’s Justin Cohn. “Minor league hockey and baseball and basketball, we all count on sponsorship revenue and ticket revenue. If you don’t have fans, you’re not going to have either one of those.”

Last season, the average attendance of a game in Fort Wayne was just over 8,000, which is almost twice the ECHL average.

The Ks are currently scheduled to start the regular season on October 16th, in Indianapolis, with a home game against the Fuel set for the following evening. 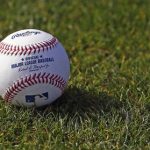 A Letter To Baseball1380 The FAN Sports Blog, MLB, Uncategorized